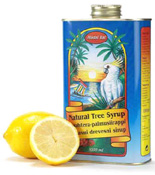 Beyonce and the Maple Syrup Lemon Detox diet became newsworthy a while back with Beyonce accrediting losing over 20lbs in two weeks to the Lemon Detox Diet.

This was part of the singers fast and detox regime that lasted for a little over two weeks. Beyonce wasn’t what could be described as overweight, so the question should really be why. Could it be to join the illusive Size Zero club.

Taking away Maple Syrup and lemons for that matter, from the equation how much weight would someone of Beyonce physical proportion have lost if they participated for a fortnight in the Air Pie and Windy Pudding diet aka nothing at all – about 20lbs

Side Effects Of The Maple Syrup Diet

Crash diets can be dangerous and counter productive – they are not sustainable.

The human body can last forever on Maple Syrup and once the diet is ultimately over the body will start to crave food. This is a classic Yoyo diet. All the weight initially lost will undoubtedly be put straight back on.

All you will have gained is fortnight of irritability and misery.

Where To Buy Maple Syrup Diet

The Maple Syrup Diet (or Lemon Detox Diet) is available to buy from Evolution Slimming at around £25.00 for a 1 litre can.

One the most effective natural products that can both aid weight loss and detoxify the system is the Acai Berry.

The Acai Berry is considered to be the Number 1 Superfood and an essential component to benefit human health.