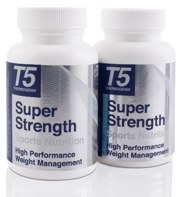 The concept of T5 fat burners have been used for the past decade and historically used by bodybuilders as they can have a profound fat burning effect.

Earlier products contained one or two substances that have now since been removed from the marketplace they had health implications.

Forza have within its range several fat burning products that retain the potency but are now focused towards the mainstream – people who need to lose weight.

The product that is receiving the most attention is Forza T5 Super Strength – by definition it is classed as sports nutrition but now very popular with people who need a potent fat burner to maximise their own weight loss and fitness efforts.

The formula is wholly natural, utilising ingredients with a high fat burning potential whilst remaining free from side effects.

Forza T5 Super Strength has one key advantage over competitive brands – the use of time release technology. While other fat burning slimming product seem almost identical in providing an initial quick release of energy – Forza works over a contant 5-7 hour period ensuring your body avoids the “burn out” or crash.

Not prone to causing side effects or adverse reaction if used as suggested.

There have been many independent media articles written about the Forza range.

The use of customer comments on the official website is also refreshing as it allows not only the positive comments but the negative points of view as well.

Judging purely on by consumer feedback, customer comments and testimonials Forza T5 Super Strength is highly effective and should be high on anyone’s shortlist.

Forza has a strong reputation and any company that has as many years in the industry as Forza deserves to taken very serioulsy. 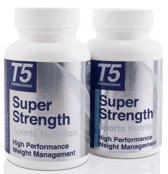 A 60 tablet supply equates to about 0ne month (or two if used sparingly) and will cost around £34.00 with either free or a small (£2.95) delivery charge depending on the size of the order.